Child Support on all Income 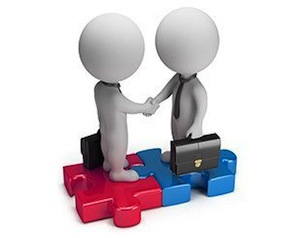 Mr. Darren M. Shapiro has dedicated his professional life to family law. As a litigator, member of the network of collaborative law professionals in New York, and trained mediator, Mr. Shapiro offers a wide range of skills and techniques to clients in need of legal help. One of the most common, and complex areas of law involves the position of children within cases that involve legal disputes and divorce. Under the laws of New York State, both parents have an obligation to support their children financially until a child reaches 21 years of age. Child support may also include providing health insurance coverage. Areas of child custody, visitation, and support are always complicated, because they must be decided in accordance with the best interests of the children involved.

In New York, Mr. Shapiro works with his clients to help them understand the nuances of child support, including the basic and added components. The basic component of child support is calculated by looking into the initial $143,000 a cap (current in 2016) that applies to combined parental income for both parents on an annual basis. The amount of this cap is adjusted every alternate year, and the income amount includes investment income, gross income, and various benefits such as unemployment, workers' compensation, and retirement benefits. After Mr. Shapiro assists his clients in combining their income with their co-parent's income, the court will be able to multiply that total by a percentage for each child. Currently, the percentages are 17% for one child, 25% for two children, 29% for three children, and 31% for four children, and 35% for five or more. The non-custodial parent in the case will then be required to pay their share percentage of the amount or their pro-rata share.

If, however, the combined income between a client and their co-parent is higher than the cap amount of $143,000, the court may consider whether additional support should be introduced for the income combined that exceed the $143,000. For clients who are unsure about what factors will be taken into consideration regarding their additional income, Mr. Shapiro attempts to offer guidance and support. For example, some factors may include the financial resources that the client, the co-parent, and the child have access to, as well as the health of the child and any special needs or aptitudes they may have. Other considerations include educational needs required for one or both parents, tax consequences, and the standard of living that the children would have been exposed to had the parents been able to continue their marriage. Additional support may be supplied if the court determines that the gross income of a parent in the case is far lower than the other parent's income, and will also consider the needs of children for whom a non-custodial parent is also responsible if the resources available to support those children are less than the resources available to support the children that are the subject of the case.

There are various relevant factors in play when it comes to understanding child support. For instance, if a custodial parent is going to school to heighten their education for work, or working, and that parent incurs expenses for child care as a result of this, the court will be able to determine reasonable expenses to be prorated in the same proportion as each individual's income to the combined income. In previous cases which Mr. Darren M. Shapiro might reference during explanations of child support outcomes, explanations of the current law have been seen. For example, in Michael JD v Caroline EP, the appellate court was asked to decide whether the previous court had been able to properly direct that the plaintiff father should pay additional child support to cover extracurricular activities and private school tuition. The court found that the domestic relations law and family court act underscores precise requirements that courts must follow in determining additional costs.

The add-on expenses that are permitted for child support by the CSSA permits that childcare can be included as an expense when a parent is attending school or working. It also includes consideration of educational, medical, and health insurance expenses. However, expenses for extracurricular activities are not stated in the statute expressly. These leisure expenses are assumed to be considered within the amount of the basic award for child support. To deviate from the typical guidelines and ask a parent to pay for these expenses requires the lower court to analyze factors and provide a report of how those factors influenced the decision.

In the particular case mentioned above, the appellate court made the argument that the parents were not living together or married at the time of the child's birth, however they did move in together for four months after the father learned that the son existed. The people in the case expected their child to go to private school, and the child and mother moved out voluntarily when the child was eight months old. The mother testified in court that she wanted her child to attend private school, and that he had been enrolled in private swimming lessons - although these lessons had stopped following the couple's separation. The trial court found that the father's adjusted gross income for child support purposes was $128,741.40, which didn't hit the cap. However, the mother claimed that the father had undisclosed income which the court found no evidence of. The court found that the mother had no income.

In this case, the trial court made the order that the father should also pay for 100% of the private school tuition for the child as an additional expense. The appellate court explained the court could ask a parent to contribute towards additional expenses, if it was in the best interests of the child, and met with the requirements for justice. However, the trial court was unable to explain why it had ordered the father to pay for private school. At the same time, the trial court didn't explain why other expenses should be added on, and these explanations were required for a deviation to be appropriate.

If you are concerned about how your income will be considered when it comes to managing child support and additional payments, you should find that it's helpful to speak to a professional New York attorney like Mr. Darren M. Shapiro. You can contact his office at (516) 333-6555, or complete the online form.