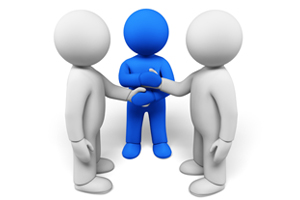 Divorce can be a complicated process for any couple, as it means bringing an end to a relationship that might have defined many aspects of your life. However, the problem grows ever-more complex when a child is involved. When parents get divorced, they have many unique issues that they'll need to think about when maintaining the best interests of their child, or children. For example, you might find that you need to make important decisions about custody, parenting time, and visitation, or you might need to decide whether one party should pay child support to continue to help the child in question live a comfortable life when the family dynamic changes.

Mr. Darren M. Shapiro is a child support attorney and divorce lawyer in New York and Long Island who frequently addresses child support issues during his mediation sessions. As a certified mediator, Mr. Shapiro can offer parties that select it this form of alternative dispute resolution to help them avoid some of the complications common within the courts. However, it's worth noting that he doesn't just address child support issues with divorced parents, but non-married couples too. For both divorcing and non-married couples, there are common concerns that can be addressed when it comes to ensuring the comfort and safety of a child. However, the mechanisms that are involved transforming a child support agreement into an order can differ if a couple was never married.

During a divorce, Mr. Shapiro's retainer agreement with the mediating party explains that he can submit a mediated agreement with the courts, listing himself as the attorney for the plaintiff when an agreement is signed because at that moment there are no remaining issues of contention between the parties. He does this for the convenience of bringing the agreement through the court system and can only do it when there is an agreement because he is neutral between the couple. If issues arise with child support for non-married individuals or married individuals, mediators like Mr. Shapiro need to withdraw from the matter and allow the clients to find their own independent attorneys. Mr. Shapiro always recommends that his mediation couples use review attorneys. This can be particularly useful for non-married couples, who need to petition the court and appear in front of a judge without using Mr. Shapiro as their lawyer for a final support agreement.

Mediation can be a useful form of alternative dispute resolution for parties seeking a divorce, particularly when children are involved. It ensures that couples can more easily come to an agreement that both sides can live with. As a child support attorney and divorce lawyer, Mr. Shapiro has the opportunity to offer a unique level of guidance to his clients as a certified mediator. While he often deals with issues of divorce, the mediation process is not limited to divorcing couples. Non-married parties in need of help regarding child support can use the strategies offered in mediation to make decisions about how money should be awarded on a child's behalf.

When a party is going through a divorce with mediation, Mr. Shapiro can submit uncontested papers which contain all the information necessary for agreements made over child support payments. The Supreme court frequently signs off on these agreements, without the parties needing to appear in court. However, when couples were never married, to begin with. Mr. Shapiro can only draft the agreement that is addressed during mediation, and assist the couple in creating a petition that can be taken to court. However, his name cannot be used as the attorney for the clients involved. Instead, one of the parties will need to become the petitioner, and both clients will have to appear in court, either with different lawyers, or representing themselves.

Usually, many agreements drafted in Mediation with the help of Mr. Darren M. Shapiro are approved by the courts when they are in the best interests of the children. The main difference is that the mediation package provided to divorcing parties allows Mr. Shapiro to act on the parties behalf when taking the agreement to the courts, and asking for agreements to be made into legal orders. However, mediation offered to couples who were not married may only involve a simple discussion of the options available, and support when it comes to agreeing on elements that can be signed and acknowledged before a petition is crafted for those parties.

Addressing the Issue of Child Support

For non-married parties and divorcing couples alike, Mr. Shapiro often finds that mediation is a significant solution when it comes to maintaining control over family dynamics. This is one of the many reasons that Mr. Shapiro is certified as a mediator, as well as being a child custody attorney and divorce lawyer. During his mediation sessions with non-married and divorcing couples, he can discuss issues like the guidelines for New York child support, the factors that might constitute proper reasons to deviate from a guideline amount, and the documentation that needs to be created to put an order in place.

While any couple can benefit from the guidance provided during mediation, and the support that is offered when it comes to designing and implementing an agreement through mediation, only the divorcing couples that come to Mr. Shapiro for help can continue to access his services as the attorney for the plaintiff solely for the purpose of bringing an uncontested divorce through the court system. During this time, Mr. Shapiro will also act as a neutral third-party on the behalf of both individuals involved in the mediation. On the other hand, unmarried couples who seek help through mediation will need to use the agreement as an exhibit established during the mediation process to petition the courts for a child support order. At this point, the court will require both parties to appear in front of a judge and ask for the agreement to be made into a support order. During these circumstances, if one of the parties changes their mind about the support agreement, the other side will be able to use the exhibit as evidence to help the court make a decision about child support.

To discuss the details of your own child support concerns, or learn more about the mediation solutions that can be offered to divorcing or unmarried couples, contact Mr. Darren M. Shapiro through our online contact form or at (516) 333-6555. You will be able to schedule a free thirty-minute consultation.