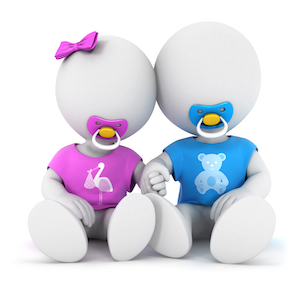 In just about every area of family law, it's important to remember that there are numerous complex nuances for clients, attorneys, and even the courts to consider. When preparing a case, Mr. Darren M. Shapiro Esq. uses his skills as a highly experienced and trained family law attorney to help clients come to terms with the best options available for achieving their goals. After all, walking away from court with the ideal outcome means understanding not only what you as a client have the ability to influence, but also what the judge or presiding members of your court will have the discretion to decide.

Mr. Shapiro speaks his clients about the appropriate steps they will need to take according to their best interests, the way their case should be presented in court, and any factors that may have a negative impact on their chances of a successful outcome. To some people, appearing in court will always be a nerve-wracking experience, as it feels as though you are entirely at the mercy of the judge. However, it's important to keep in mind that with the right legal advice, you and your lawyer can make steps to shape the result that the judge decides upon. Our office engages in various legal processes such as collaborative, litigation, settlement negotiation, or mediation, which experience helps in our overall ability to represent and advise.

Child support cases are one of the complex areas of family law that Mr. Darren Shapiro manages on a regular basis. Despite the fact that the formula for child support is contained within the child support standards act for New York, there are plenty of discretionary matters to think about. With that in mind, calculating the right amount of child support for any particular case can be complicated, with different nuances impacting different circumstances. For instance, if the combined income that the two parents receive is in excess of $141,000 (this is the threshold amount as of the time this page was written, but the amount changes as time goes on), the amount of child support that is awarded (if any) could see discretion regarding income after the first $141,000. What more, the amount of income that should be considered within the formula can also see some debate - as decisions must be made as to whether particular perks of employment are included in overall income or not. In some circumstances, income may be determined according to the previous employment of a certain individual, or expenses that have been paid by other people on the behalf of that particular party - this is known as imputation of income. Imputation of income is used when the court concludes that an individual involved within a case may have taken steps to diminish their income or assets in an attempt to avoid child support obligations.

Once the amount of income between both parties has been decided upon, the combined amount will be used to determine the rate of child support that is thought to be reasonable. The combined income will be multiplied by a percentage: 17% for a single child, 25% for two children, 29% for three, 31% for four, and 35% for families with five or more children. The party known as the "non-residential" custodial parent will be responsible to pay their pro-rata share of the obligation for combined child support. At this point in time, the presumption stands that the percentages used in this formula help to create a reasonable amount of child support that should be expected for the first $141,000 of the combined income of both parents. The amount for income above $141,000.00, if any, is determined according to considerations in the statute. However, it's worth noting that the threshold number may increase from one year to the next.

In cases of child support, it is possible that Darren M. Shapiro - as your experienced family law attorney – can try to help to shape the case so that the set guidelines are deviated from under special circumstances. For instance, a deviation may be allowed according to the specific circumstances of the children in question. The aptitudes, special needs, and emotional or physical health of the child or children involved in a particular case can also help to determine if deviation may be necessary. The tax influence on both parents may be another reason that deviation is considered, and the non-financial input that the mother or father contributes to the care and well-being of the child during his or her upbringing. Even the standard of living that would have been expected for the child to experience had the parental relationship remained intact may be considered for deviation purposes. It's important to discuss your ultimate goals and needs with Mr. Shapiro in the lead up to your case to ensure that you pursue the best possible route for shaping the decisions of the court towards your best interests. Accessing the assistance of an experienced family lawyer, like Mr. Shapiro, is a way to attempt to ensure that every step is taken towards delivering the best outcome possible.

If you, as the mother or father within a case for child support, require further education so that you can carry on with your life after the end of your relationship, then this may be weighed as part of a decision that the court makes to deviate from the common support amount. On the other hand, if the gross total income for either party involved within the case is significantly lower than the other's then guideline amounts may be ignored in favor of what is considered to be more reasonable or "fair". What's more, extraordinary expenses required to allow non-custodial parents to visit their children will also be taken into account, so long as the child in question is not already on some form of public assistance.

Once, in cases of shared custody, courts and lawyers would often apply a proportional offset formula in determining the amount of child support to be paid. However, today, child support, in New York, is calculated with the "monied" parent being considered as the non-custodial parent within the equation. Often, the presumptive amount dictated by the formula taken from the Child Support Standards Act will be the amount that is ordered in court. However, a shared custody case is often brimming with arguments that may allow for deviations from typical guidelines.

To learn more about the complexities of family law and child support, please contact us. If you are interested in using Mr. Shapiro's skills in shaping the decisions of the court and shooting to obtain the best results possible for your goals, contact our office about your free initial consultation. Let us know what we can do to help you.