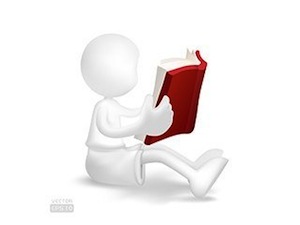 During his time as a certified mediator, dedicated litigator, collaborative lawyer, and negotiator, Mr. Daren M. Shapiro Esq. has worked alongside a variety of different clients, each with their own personal and nuanced cases to bring to the conference room, family or supreme courts of Long Island, New York City and surrounding areas. One of the most complicated areas of law to deal with - both for the court in question, and the clients involved, is the area of family law that involves the position of children in relation to custody, visitation rights, and child support. Frequently, Mr. Shapiro deals with disputes and negotiations regarding child support as part of the overall process for a divorce proceeding or family court support case, however it is often difficult for many people to determine what can be allowed for consideration in a child support case, and what cannot.

For example, under the laws put in place by the State of New York, a non-custodial parent following a divorce proceeding will be required to pay child support to the custodial parent until the child in question is twenty-one years old upon an application for child support, unless there is an agreement for a longer duration. Due to the general timeline involved in most educational circumstances, this often means that support must continue to be paid when the child is in college. Sometimes, this leads parents to ask whether non-custodial parents are required to pay the educational expenses obtained for college.

Basic child support can be calculated according to a simple formula. As of 2016, the current cap number for the calculation of the initial amount of child support is $143,000 for the combined income of both parents. There is also a discretionary amount that can be allowed for income that exceeds the initial $143,000. For a non-custodial parent, the amount of basic support that should be paid for one child calculates as their pro-rata share of the applicable percentage on the $143,000 initial cap plus any discretionary amount ordered for the income above $143,000.00. The more children involved in a divorce proceeding, the higher the percentage gets. However, as Mr. Darren Shapiro reminds his clients during child support cases, additional support can be provided if the combined parental income exceeds the cap, after the court examines "paragraph F" factors. These factors find that under Domestic Relations Law, the court may order educational expense awards, such as college costs as an add-on to basic support.

However, this type of support is not mandatory, and as Mr. Shapiro tells his clients, most education expense issues are addressed during the divorce process itself, alongside other issues for child support. When deciding whether to make an award in regards to college expenses, the court might consider the financial circumstances of the parents, as well as their educational backgrounds, their history in paying for financial expenses, and the academic qualifications of the child in question. However, in most circumstances, college expenses will not be awarded before it is certain that the child in the case will actually be attending college, if it is disputed.

One case from 2015 that Mr. Shapiro draws attention to when citing recent, similar issues, is the RS v BL case. During this case, the court considered the presence of various financial issues when determining the matters to discuss during the divorce of a high-income husband and wife with two sons. The court explained that since the mother's adjusted income had been established as $378,000, and the father's was $1,885,959, the combined parental income for child support purposes was far over the cap, at $2 million. In this case, the father had a prorated responsibility for child support at 83%, whereas the wife had a responsibility of 17%. Until one of the children became emancipated, the father was ordered to pay annual child support of $29,257.50 - unless the court found that this amount was unfair in relation to paragraph F factors. The court needed to determine whether an award should be made based on the income that exceeded the current cap of $141,000 at that time, and whether a formula should be used, or the paragraph F factors should be addressed instead.

Although each case that Mr. Darren M. Shapiro handles in regards to child support will have different factors to consider and different outcomes, in the above case, the court found that it was appropriate to order an award over the cap, because if the parents had been able to stay together, then the children would have lived a more luxurious lifestyle. However, the court also decided that it would not determine the award amount based on combined total income. Instead, the formula was applied to a shared total income of $350,000. The court also found that it was appropriate to award educational expenses, including college expenses under section 240(1)(b)(c)(7) of the Domestic Relations Law considering the best interests of the children and the prevailing circumstances.

In the above case, the court reasoned that the couple in question had assumed that they would be paying for their children's college education throughout the duration of their marriage. However, the wife had already used some of the funds that had been put aside for the education of the children, and the other funds were going to be split by the court, with 35% to the wife, and 65% to the husband. Accordingly, the husband was asked to provide 65% of the tuition, and the wife was asked to provide 35% of the tuition for their children's college education. Expenses were also considered for room and board, computers, books, and transportation costs for each child under the age of 21. Those expenses were ordered by the court to be shared in the same way as the tuition costs, up to a potential cap of $25,000. Any more than that amount would be divided between both parties equally. The court also permitted that the husband would be allow to deduct from the basic child support any portion of board and room college costs for children under the age of 21.

If you are interested in finding out how matters of child support might relate to your family law case, please speak to Mr. Darren M. Shapiro at your earliest convenience. Friendly and professional, Mr. Shapiro offers a high level of care and attention to all of his clients across New York and Long Island. You can contact him either through the available online form, or over the phone at: (516) 333-6555.