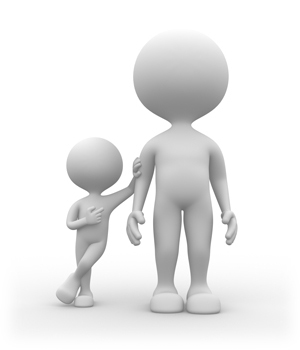 Divorce cases and relationship break ups are always tougher when children are involved. Tensions are often running higher as parents need to figure out how to separate their lives without having a negative impact on the children. At the same time, there are various additional issues that need to be considered during the legal case, such as child support orders, and custody requirements.

As a divorce mediator, family law and child support attorney in Long Island and New York, Darren Shapiro has had various opportunities to assist families in pursuing their best interests in court. This guide of child support insights aims to support parents considering a divorce who may have worries about the problems that can arise when seeking child support.

This particular section of the guide covers the stepparents of children in a child support case, and the impact that new significant others can have.

These days, it's common for many children throughout the United States to live with a parent and a stepparent. Just like any guardian, a stepparent may need to know what their responsibilities and rights are when it comes to caring for stepchildren. Many stepparents will assist in caring for a child on an emotional and financial level. However, stepparents aren't automatically given the same parental authority as biological parents. So, what does this mean to child support?

Child Support and the Girlfriend or Boyfriend

Mr. Shapiro has frequently received various inquiries from parents wondering what their obligations might be for child support when a new significant other arrives in a person's life. Like with issues of child custody, there are various reasons that a new significant other or relationship can affect the way that people feel about child support. It's common, for instance, for parents to worry that funds available to care for a new set of children and the new family created by the boyfriend or girlfriend will be lowered by the demand of a child support order. Couples may ask for support orders to be reconsidered when they have new expenses to pay for that affect their income.

If you have any concerns or questions about the topics discussed in this guide, please connect with Mr. Shapiro's office at your leisure to discuss arranging a free initial consultation which can last up to 30 minutes. You can contact Mr. Shapiro's via his contact form, or over the phone at (516) 333-6555 to arrange a time to get on our calendar for your consultation.