The Difference Between Child Custody Mediation for Divorcing and Unmarried Couples 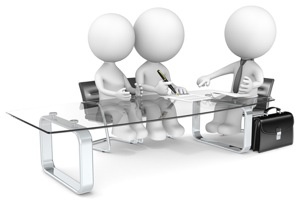 To better serve couples and families around New York and Long Island, Mr. Darren M. Shapiro is qualified not only as a child custody attorney and divorce lawyer, but is also a certified mediator for those that wish to utilize a neutral professional to settle their issues. By offering mediation to his clients, Mr. Shapiro can provide an alternative way to solve problems that arise in divorce. This is useful when it comes to addressing everything from parenting time and visitation matters, to issues regarding equitable distribution. Though most of his mediations has some basis in divorce, he also uses mediation to establish agreements between unmarried parties, and those would prefer to make pre-set agreements before a marriage.

Often, the principles addressed during mediation for child custody and parenting time for divorcing and unmarried couples are similar. Although, the process for turning agreements into confirmed legal orders can differ. Usually, it's common for the Supreme Court to incorporate a "Stipulation of Settlement" during a divorce, or to incorporate a Separation Agreement in a divorce without the parties having to attend court. When Mr. Shapiro works with these clients, he can write and submit the agreed papers to go to court on their behalf. During that time, Mr. Shapiro's name can be entered as the plaintiff's attorney, though it's understood that he is neutral for both parties. Alternatively, for couples who aren't married, child custody lawyers and divorce attorneys such as Mr. Darren M. Shapiro can draft agreements on the behalf of the couple, and assist them in drafting petitions that request the court to permit those agreements. However, one of those clients will need to bring their petition to the court, and the parties must attend a court hearing, without using Mr. Shapiro as their lawyer.

In general, Mr. Shapiro can draft voluntary agreements on the behalf of mediating parties that are frequently approved by the courts. However, it's important to remember that orders regarding children cannot be binding until the courts sign off on them. This suggests that if couples design parenting time agreements that aren't considered to be the best interests of the child at hand, the court may choose to return the uncontested package for divorce along with a memo explaining that they're not happy supporting the agreement. Mr. Shapiro has dealt with situations such as these in the past. In one case, the parties involved with Mr. Shapiro agreed that they would share legal joint custody. The mother took on residential custody, and the father had access to liberal parenting time. Once the couple had made the agreement, Mr. Shapiro handed it over to the courts. However, the court sent the agreement back, explaining that since it was submitted, the wife and another woman had requested an order of protection to prevent contact with the father.

In situations like the case above, divorce attorneys and mediators like Mr. Shapiro must come up with alternative solutions for submitting agreements drafted in mediation sessions. In the case mentioned, Mr. Shapiro and the parties agreed to wait until after the orders of protection were over, before resubmitting an altered agreement package. In this time, it was agreed that the mother would be given complete custody, and a new schedule for parenting time was drafted. However, in the case of couples who are not married, the process for making an agreement into an order can be even more complex. While Mr. Shapiro can discuss options with the couple, and make agreements during mediation about the concerns that must be included within a custody and parenting time agreement, the couple must still attend court with an alternative lawyer, or no representation, to push the agreement made in mediation through the courts.

Whether a couple is divorcing, or unmarried, it's important to remember that the court maintains the power to decide how orders of child custody and visitation rights are awarded. This is why Mr. Shapiro frequently informs his clients that if agreements are submitted into the court, they can become evidence to suggest possible outcomes for the child's best interests. Generally, couples who aren't married will be required to use the help of the family court when obtaining an order for custody or parenting time. The main difference is that contrary to when an uncontested divorce agreement is entered, the non-married couple will need to go to family court to have their order signed. Mr. Shapiro's retainer agreement with divorcing couples allows him to act as a neutral party for both clients, while his name is used as the plaintiff's attorney when submitting an uncontested divorce package.

While Mr. Darren M. Shapiro can use his skills as a divorce attorney, child custody lawyer, and mediator to assist unmarried couples draft parenting time and child custody petitions and agreements, he cannot appear in court on their behalf. Instead, unmarried couples will need to use the exhibit created through mediation to request parenting time and child custody. After that point, the court will send out a summons that requests the pair to come to court and speak to the judge about their agreement. If both sides are agreeable, the court will generally support the draft. However, the draft can be used as evidence if one side starts to feel differently about the agreement.

Coming to agreements concerning children of divorce can be a complicated process, regardless of whether you're approaching the situation as an unmarried or divorcing couple. Though mediation can be helpful when allowing couples to come to agreements about their future, turning a mediation agreement into an order can be a more difficult process for people who are unmarried, as one person will need petition a judge, without Mr. Shapiro acting for them. However, clients are able to use a different attorney if they don't want to take the agreement into the court alone.

To find out more about mediation as a mode of dispute resolution, and how it can be used in divorce circumstances, read through our blogs, or feel free to contact Mr. Darren M. Shapiro at your leisure. You can connect with us through our online contact form, or on the phone at (516) 333-6555.