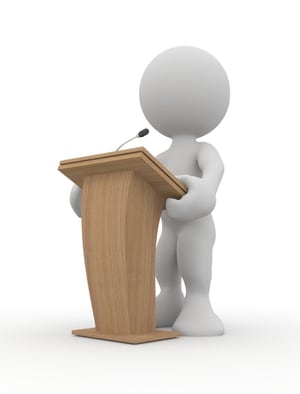 As any divorce attorney and child custody lawyer like Mr. Darren M. Shapiro will tell you - family law cases involving children will always be complex. It's important for an attorney to use all of the techniques available, to ensure that they're presenting their client's case in the best manner possible. One of the most important elements of any case - including those involving child custody, is the "closing statement", or summation. Closing statements are essential to help draw all the facts of the case together in a way that can help judges to make their decision. Closing statements performed by effective child custody attorneys and divorce lawyers like Mr. Shapiro can help to minimize any pre-existing bias that the judge might have, to give them a new insight into the case.

Closing statements and opening statements can be very similar. For example, both the closing and opening statements give a child custody lawyer the chance to set forth the them of their case, address the judge, and discuss the elements of the case, providing a framework for understanding the role each part has to play in the overall case. However, closing statements can notably include "arguments", that permit lawyers from both sides to make their point more powerfully, while opening statements require the representatives of both parties to stick stringently to the facts. Attorneys can only discuss evidence in a child custody case that had been "admitted" during the trial. This means that divorce lawyers like Mr. Shapiro wouldn't be able to bring attention to something ruled inadmissible by the court.

Importantly, while arguments can be made about the evidence at hand and how it was presented to sway the judge in the favor of the party in question, it's worth noting that summations have rules to follow. Mr. Darren M. Shapiro is fully equipped with the knowledge and experience required to make the most of these summations when it comes to persuading the court in the direction of his client. Mr. Shapiro can attempt to use the arguments in his closing statement to persuade the court that they should rule in favor of his party, by drawing attention to the evidence in a specific way. However, he will still push to convince the court that his clients view represents the best interest of the child in every aspect of his argument. Indeed, all child custody lawyers must keep in mind that it is the court’s job to put the best interests of the child first.

Child custody lawyers like Mr. Shapiro must present the evidence laid out in the case as effectively as possible on behalf of their client. Without paraphrasing documents or listing witnesses, Mr. Shapiro may use techniques like repetition or focusing on particular testimonies to push a certain view of the case. The closing statement provided in any child custody case should be a concise coverage of what happened in the case, which highlights the key areas of the trial, and uses admitted evidence to bring credibility into an argument. As such, Mr. Shapiro will outline important questions posed during the trial, and within their opening statement, to help emphasize that all the evidence points towards his specific conclusion.

Ultimately, the driving force behind any trial, whether for child custody purposes or not, is to help the judge to see the truth of the situation. This means that during their summation, child custody attorneys often focus on pointing out how the facts and evidence show the validity of their argument. This doesn't always mean focusing entirely on the helpful aspects of the case, however. Indeed, ignoring the problems that might minimize the impact of an argument can be dangerous. The best divorce lawyers will address and explain these issues within the case, to prevent the other attorney from using those problems against his client. Child custody lawyers like Mr. Shapiro convince the judge that their argument is true, even despite a few potential issues.

When Mr. Shapiro presents a closing statement for his child custody client, he does so with the aim to convince the judge that, while they might represent a specific side of the argument - they aren't simply ignoring key facts. Child custody attorneys like Mr. Shapiro present themselves of a conveyor of evidence - someone who searches for the truth as avidly as the judge and jury. This way, the attorney appears more objective and believable. Mr. Shapiro tries to present his summation as naturally as possible, improving his ability to build a relationship with the court. The goals is to focus on showing that his client's position makes him or her the answer to the best interests of the child.

A closing statement can sometimes act as a child custody lawyer's final opportunity to build a strong connection with the court - therefore cementing his client's chances of success. Ultimately, Mr. Shapiro, and other divorce attorneys like him, will attempt to leave the court with something memorable to ruminate on, by referencing their opening statement. In some cases, the lawyer will also remind the judge that their decision not only impacts the credibility of the legal system but could also change the life of his client. Summations are frequently ended with a memorable phrase, anecdote, or sentence that can help to drive the decisions that the judge makes. A closing statement gives a child custody attorney the chance to re-list the evidence and facts at hand, with a new focus on what occurred during the trial.

Closing statements can be powerful weapons, capable of distilling all of the complexity of the trial into a few simple sentences. To learn more about closing statements, and the other elements involved in child custody trials, please feel free to read through Mr. Shapiro's blog posts, or contact him directly. Mr. Shapiro can be reached either through his online formor via a phone call to (516) 333-6555. During your conversation with Mr. Shapiro, please feel free to schedule your free half-hour initial consultation appointment.