Is It Possible to Modify a Divorce Mediation Child Custody Agreement? 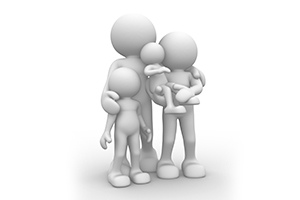 Divorce procedures can be trick waters to navigate through at the best of times. However, they're often particularly difficult to handle when the needs and best interests of children are involved. Parents often find themselves struggling to come to terms on who should be given custody of the child, how parenting rights might be shared, and what visitation should look like. On top of that, there's the financial issue of things like child support and equitable distribution of assets and debts to consider. It's no wonder that discussions of child custody can lead to so much chaos in the divorce mediation or litigation process.

One way for couples to attempt to maintain some of their previous relationships for the sake of the children, and avoid the courtrooms, is to try divorce mediation. Divorce mediation with a divorce mediator like Attorney Darren M Shapiro brings two parties together in an objective discussion about the issues that arise during divorce. During this conversation, it's possible to make agreements about everything from custody and parenting time to child support. A Nassau County and Long Island divorce mediator can discuss various terms like the custody of children and visitation rights, but it's important to note that the courts will retain discretion when determining the ultimate order that is put in effect.

Although the parties in a New York divorce will have the option to come to agreements amongst themselves about child custody matters, if the court decides that the agreement is not in the best interests of the children, then they do not have to allow it.

In some cases, if the courts of New York do decide to allow a custody agreement that's been suggested by two spouses, they may also modify the agreement later. There are two common instances instance in which a modification may arise. The first way that a deal can be modified is when the judge initially reviews the agreement. If the judge believes that it is not in the best interests of the child, they may simply reject the agreement or suggest an alternative. The second instance in which a contract may be modified is if one of the spouses requests a change after the divorce is final and the previous order has been put in place.

Importantly, as Attorney Shapiro reminds his clients both in litigation and mediation procedures, once a child custody agreement has been approved, it cannot be modified for just any reason. The only way a court will decide to alter an agreement is if there has been a change in circumstances for the party seeking modification. This change in circumstances needs to be "substantial" and the change needs to be in the best interests of the children.

Exploring the Circumstances of Modification

In some cases, Attorney Shapiro finds that the best way to explain the complexities of a situation is to draw attention to another, similar case. In regard to the modification of custody agreements, a recent case may shed some light on the situation. In this case, the parties had two children born in 1999 and 2003. By 2010, the parties had entered a settlement agreement that allowed them to share custody, alternating between both parents each week. The father of the children responded with a claim for primary residential custody, requesting an examination of the children. The examination found a significant alteration in the emotional and physical condition of the children, warranting an immediate change in custody.

After weighing all available factors, the court concluded that the Mother should be given primary residential custody, while the Father would receive visitation rights.

Do You Need Help with Child Custody?

Dealing with the complexity of a child custody dispute can be difficult. Even in mediation, it's important to know that you have the right support in place. If you are currently going through a divorce and need help with child custody, Attorney Darren Shapiro is available to answer your question. Offering both mediation and litigation procedures, Attorney Shapiro can help with your case in a multitude of ways. Our office has decades of experience dealing with family law cases just like yours. Contact us today on (516) 333-6555 to schedule your initial consultation today.