Home
Practice Areas
Family Court Overview
Can a Family Court Deal with a Support Request when a Divorce is Pending?

Can a Family Court Deal with a Support Request when a Divorce is Pending? 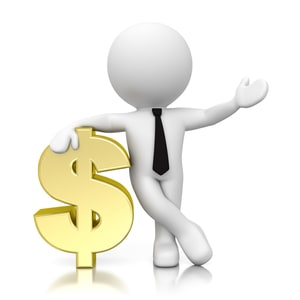 As a divorce mediator and attorney in Suffolk County, Nassau County, Queens County and other regions throughout New York and Long Island, Mr. Darren Shapiro frequently deals with cases that address everything from child custody requests to equitable distribution and child support. Importantly, sometimes timing is crucial when it comes to making a request for certain types of support with the New York courts while a divorce case is pending. In Long Island and New York, the law often allows for concurrent jurisdiction in the Family or Supreme Court, to tackle issues of support for married couples who no longer live together.

When a married couple continues to live together while their divorce is pending, the rules can be slightly different. Unless it's clear that one of the parents has clear custody over the children, the family courts would typically dismiss a case for child support until the parents are no longer living together. In this case, the family courts may suggest that the support issue should be the topic covered in a matrimonial case. Attorneys like Darren Shapiro can help present matrimonial or divorce cases within the supreme court. The family court will have jurisdiction for hearing child support cases for married couples that no longer live together, but it can be only filed there when a divorce is not pending.

In a situation where a matrimonial case isn't already pending with the courts, it is also possible to file a spousal support case with the family courts of New York. This can be true in cases where married couples are still living together if there is no support available for the non-monied spouse. However, the family court might not retain jurisdiction when a matrimonial case is pending with the supreme court in most situations.

One issue that Mr. Shapiro discusses with his clients for divorce law and matrimonial cases, is when a request for spousal support is filed in family court, prior to the filing of a matrimonial claim. The Appellate Division, Second Department covers various areas such as Suffolk County and Nassau County Long Island and Queens. This court held that in the case of Ramirez v Ramirez, the petitioner's application for support should not be considered in family court, because there was no jurisdiction in this case. That was because a divorce case was already pending. The examiner said that the action was pending with the Supreme court, and the appellate court saw no reason to reverse the decision.

In a similar case of Roy v Roy, the Second Department found that the family court did have options to exercise jurisdiction when a divorce case was filed after the family court case. However, it also decided to decline to exercise that jurisdiction. This is often the case when the same petitioner in family court files another matrimonial case in the Supreme court. Here, the judges often believe that the plaintiff decided to litigate matters in the Supreme court when they filed their matrimonial case.

Mr. Darren Shapiro has experience dealing with both the family and supreme courts in Long Island and New York. When a petitioner in family court then start a matrimonial action, the respondent in the family court case would not be able to also seek relief in family court since a matrimonial case is pending. Sometimes, there's an argument to be made here that this isn't equitable, meaning that one side can litigate in family court and the Supreme Court and the other side is limited to the Supreme Court. The courts may also feel that the plaintiff is forum shopping - an action frowned upon by the court. In the case of LaMonde v Leon, the court believed that forum shopping was in play. However, there are cases where the courts may decide to make rulings on support cases that are established before a matrimonial case begins.

In the case of Fischman vs Fischman, the Second Department chose to make a decision on the child support case, because the matrimonial application had not yet begun when the support case was filed. In the case of Eileen M.W VS James P.W the same decision was made. This indicates that timing is often very important when it comes to dealing with issues of divorce, support, and custody with both the supreme and family courts of New York.

If you're concerned about your pending divorce and want to make sure that you approach the issues of spousal support and child support in the correct manner, you can arrange for a free consultation with Mr. Darren M. Shapiro today. Your thirty minute consultation is available to book at your leisure, with additional sessions available for a fee. Get in touch today at (516) 333-6555.