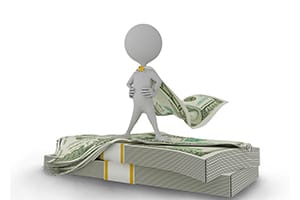 The division of assets and debts are some of the most important things that couples need to think about following a divorce. When your marriage is no longer working, it's essential to ensure that you take whatever steps may be necessary to move onto the next stage of your life with as little pain and discomfort as possible. This means moving the divorce process along as quickly as possible with the help of an experienced New York divorce lawyer and knowing your rights when it comes to things like equitable distribution.

One of the first things you learn when you begin your journey with a divorce attorney like Mr. Darren Shapiro is that New York is a state where "equitable distribution" is used for the process of asset distribution and management. In simple terms, this means that the courts don't just split your assets and debts down the middle when a divorce takes place. Although equal distribution for marital assets might be the starting point, however, when a court needs to decide distribution after a trial, they carefully consider various factors that may indicate the need to divide belongings and finances in a particular way.

Importantly, only the marital assets in a divorce will be subject to an analysis of equitable distribution. This means that the courts will just look at splitting the assets that belong to both you and your spouse. Anything that you own separately, such as the belongings you had before a marriage took place, that were kept separate will not be considered marital property in most cases. On the other hand, property acquired during a marriage - including a business that began during a marriage, can be subject to equitable distribution.

As a divorce lawyer for residents of New York and Long Island, it's Attorney Shapiro's task to make sure that his clients get the best outcome from their divorce possible. This means helping to guide them through an understanding of both equitable distribution and spousal support. Spousal support or maintenance is the extra assistance that a court can order for a particular spouse after assets have been distributed if they believe it is necessary for that individual to get help continuing a certain quality of life. The amount of spousal support ordered by the courts will be given at the court's discretion for the most part. However, Attorney Shapiro can also guide his clients through the formulas in place that help to dictate spousal support amounts too.

The determinations in place for spousal maintenance are generally quite closely linked to the equitable distribution guidelines given for marital assets. However, it's important to remember that these are two different determinations, despite their similarities. For instance, above, we mentioned that equitable distribution can class a business started during a marriage as a joint asset. In the case of spousal support, when a company is initiated during a marriage that will continue to generate profits following a divorce, New York judges will need to determine who should have ownership of the business, and how that company will affect the spouse receiving support.

As Attorney Shapiro informs his clients, most courts will award the business to the spouse that started it. Although Attorney Shapiro can argue the case on behalf of either spouse, the courts generally suggest that it wouldn't be feasible for two former spouses to continue working together on a business. This means that to compensate a spouse that doesn't receive a business, the court may ask the spouse receiving the company to essentially buy the other partner out. Attorney Shapiro can help with facilitating this process before the courts begin to determine whether post-divorce maintenance is appropriate. The courts will consider various factors in this consideration, including the relative income of both spouses.

One case worth noting in the discussion of businesses started in a marriage, and their connection to maintenance or equitable distribution took place in the New York Appellate court. This case took place before the current maintenance guidelines arose which determine that a presumptive amount should be given based on the income and length of the marriage. However, this case also shows that an award given for business and maintenance can be considered together. In the case mentioned here, the husband began his business during the marriage, and the courts determined during the divorce that he should receive the company and give the wife a payout for the business.

In the case above, the judge initially awarded the wife a maintenance amount of $400 per month for five years. However, after they considered additional factors, including the age of the wife, her level of education, and her ability to secure employment following divorce, the court held that income taken from the business should also be considered in the income calculation. The amount of maintenance was then seen as inadequate, and the husband was ordered to pay the same $400 per month for a period of 10 years instead.

Do You Need Help With a New York Divorce?

If you're currently in the process of a New York divorce, or you're thinking about filing in the near future, it's important to make sure that you have the right assistance from a local attorney to guide you through the process. The law and mediation office of Attorney Darren Shapiro is available to assist with all matter of divorce issues, including those that involve a business created during a marriage. To find out more about your options, call today on (516) 333-6555 and arrange your initial consultation for free.