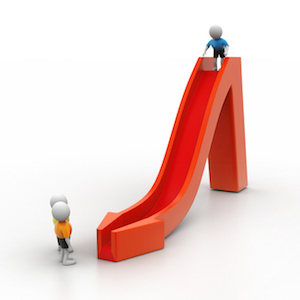 In various legal cases, the court generally focuses on the history of parties within cases, in an effort to better understand the issue at hand and resolve it. This concept changes significantly in custody cases, as the court must attempt to perceive future possibilities and determine which party will be capable of offering a more beneficial environment to the child in question. Of course the past history is still relevant in determining the future. Deciding a case according to the perceived future benefits of a child means that experienced lawyers, such as Darren M. Shapiro, Esq., and the New York courts themselves, must consider various methods - from expert testimony to evaluating previous behavior in predicting future actions. Although the statutory law regarding matters of custody in New York is relatively sparse, Mr. Darren Shapiro - as a matrimonial and family law attorney, certified mediator, and certified collaborative law lawyer - has dedicated himself to understanding all nuances involved within cases of child custody. As such, he has an in-depth knowledge of the Domestic Relations Law (70) and the Family Court Act - which provide that courts must decided custody and parenting time issues according to the "best interests" of children involved.

Today, many people have heard of the "best interests" term, but aren't completely sure of what it means. This is primarily because it often defies firm definition, as cases with child involvement are typically sensitive, and often decided according to their own particular distinctions. Despite this, it's important to be aware that particular definitions remain consistent between cases, alongside factors that the court will consider in regards to a custody determination. As such, Mr. Shapiro ensures that his clients are fully informed about the factors the Nassau, Suffolk, Queens, New York City and other New York courts consider when establishing the "best interests" of a child. Crucially, significant deference is provided to trial courts by appellate courts, as trial courts are best positioned to consider the testimony and credibility of child custody matters (Eschbach v. Eschbach 56 N.Y.2d 167).

One of the first things to recognize when understanding the relevance of the "best interests" determination, is that prior agreements will not have absolute sway over a court decision. Numerous elements must be considered when determining a child's best interests, from the background of the parents, to the quality of the home in question - and even the child's wishes. In situations where parties enter into agreements about custody, priority should be accorded as a weighty factor - but not absolute. Although courts will consider any written agreement that has been made between the parties - they will not be bound by them, meaning they will have the ability to order that custody arrangements be changed when the circumstances in question - including the existence of prior awards - warrants this according to the current circumstance and the child's best interests.

The Eschbach case considers the financial circumstances of each parent to be significant in determining custody, among other other reasons, but Mr. Shapiro is aware that financial status is not the only valid concern in these matters. Rather, among the circumstances to be evaluated in any child-custody case, it is often the home environment and parental guidance that the custodial party is capable of giving that is the most relevant. Typically, only when the finances of that parent prevents them from offering a secure housing environment will those finances be considered in a highly significant manner. Though the financial status of parents won't be overlooked - equally valid concerns lay within the ability of each parent to offer emotional and intellectual support to the child. When attempting to determine whether the proposed custodial parent will be capable of providing for a child's various needs, the court must be cognizant of individual needs. Circumstances such as a break-down in the communication between parent and child could require for a change in custody that may be in the best interests of only one out of several children. Because of this, courts must consider the desires of each child in question - though these factors will only be considered, and not determinative in reaching a case conclusion.

Although the overall outcome of the case cannot be determined by the preference of the children involved, it is worth noting that they will provide some indication of what may be in the best interests of those children. When it comes to weighing this particular factor, it's important to ensure that both the age and maturity of the child are weighed - alongside the possibility that the child could have been influenced by a parent. Most of the time, the closer a child is to eighteen years of age - the more weight their wishes will be granted, however the court may always disregard the wishes of a child if it is not in that child's best interests. In a similar vein, the Eschbach case often regards it to be more beneficial for children to live in the same environment as their siblings. This matter isn't absolute - but stability and companionship allowed by keeping siblings together is often crucial within custody cases - and close familiar relationships should be frequently encouraged for psychological benefits. Often, young brothers and sisters require each other's company - and unnecessary separation can be traumatic and harmful. However, the New York Courts will not be bound to keep siblings together, and may determine that the best interests of the children demand for them to be split.

Mr. Darren Shapiro has worked with numerous child custody cases, and knows that the various factors involved in weighing the best interests of a child often require intense consideration. Typically, the court will also evaluate the sincerity, character, and testimony of each party involved within a dispute when it comes to making a reliable and appropriate determination. As with all areas of family law - the complexity of custody cases ensures that the assistance of an experienced and reliable attorney is essential to achieving the best possible outcome.

For more information about child custody law, please reach out to us. If you are interested in seeking out Mr. Shapiro's professional legal assistance in managing a child custody case of your own, please schedule your free half-an-hour consultation at your earliest convenience. Let us know what we can do to help you.