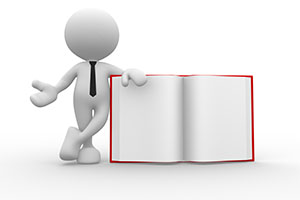 As a divorce attorney and family lawyer in the state of New York, Mr. Darren M. Shapiro has worked alongside couples in a host of different divorce-based circumstances. Up until the point that "no fault" divorce became a solution for the State of New York in 2010, couples who wanted to file for divorce, on as close to a no-fault basis as New York had, needed to move through a complicated process, which involved separations, prior to the actual filing of a divorce summons. In other words, they needed to live apart, pursuant to a legal separation for a certain amount of time, before the divorce could go ahead. Although legal separation today is no longer a necessity in the state of New York to get a no fault divorce, some couples will prefer to choose this procedure as an option for finalizing their divorce. Indeed, some couples sign separation agreements to ensure that all of the issues that need to be addressed are settled in full before the divorce can go ahead. Couples can sign a separation agreement and then immediately file for their no fault divorce and rely on the settlement terms of the separation agreement to become their stipulation of settlement for their divorce.

Spouses who do separation agreements usually do so by establishing a written separation agreement, which addresses financial concerns such as temporary child support, pendente lite spousal maintenance, and more. These issues need to be considered for the time that the partners are living separately, before the divorce takes place. Frequently, these are issues that Mr. Shapiro will address with his clients when discussing the issues surrounding an upcoming divorce or separation.

Mr. Shapiro notes that the website for the New York State Unified Court System defines separation agreements as a written document that outlines spousal maintenance payments and other related issues. In order for a separation to go ahead legally, the agreement must be formally acknowledged and signed, as well as dictated to cover the period before the divorce and after the divorce as well. As a binding contract in the state of New York, both parties must adhere to the rules that are laid out in the separation agreement. Unless one of the parties is able to argue against the agreement or an alternative provision in the grounds of duress, fraud, or unconscionability, then the spouses involved with the separation agreement should expect to be bound by its terms.

When explaining issues of separation and divorce to his clients, Mr. Shapiro suggests that if a couple was to enter into a separation agreement through which they agree upon the amount and duration of spousal maintenance that should be paid, that couple will be held to the terms of their agreement until one member of the partnership can convince the court that the agreement is invalid for some reason. They may attempt to argue that the maintenance payments are too low, or high, making them "unconscionable". This term is subject to interpretation to a certain extent by the trial judge of any particular case. Though a particular amount of support may be acceptable in one case, it may not be reasonable in another. Depending on the ability of the spouse obligated to make payments to offer money, and the oblige spouse's needs, adjustments may be made.

In the case of an argument that an agreement of separation is unconscionable, the couple might go as far as to place a term within their separation agreement that suggests that, if either party attempts to request a modification of the agreement that is unsuccessful, that spouse will be required to pay the attorney fees and costs that the other spouse incurred when attempting to defend against the modification. Again, unless the spouse losing the case can convince the court that the provision in this case is unconscionable under the circumstances of their particular case, then he or she will be bound by the separation agreement terms.

Interestingly, if the example couple we've outlined above proceeds onwards to a divorce at some time after the expiration of the spousal payment terms that were stipulated during the separation agreement, questions may arise. For instance, if a spouse asks the divorce court for an extension to the maintenance payments because she or he has been unable to find employment during the time that was outlined in the agreement, but the court refuses to order any additional payments, the divorce court may be obligated to order the losing spouse into paying the other's attorney fees, even if there is a large disparity of income between the two people in the couple.

The answer to the question of whether such an event would come about would be based on various very case-specific elements. For instance, if we assume that the separation agreement will be deemed valid by the court - rather than being set aside as unconscionable, the court will need to examine whether the agreement was intended by the parties at that time to end when the divorce was filed. In this case, the prior agreement about the payment of attorney fees in an action for maintenance would probably not be binding within a divorce court. Alternatively, if the agreement was written in a manner that allows it to merge with or survive the divorce action that is filed later, it's possible for the court to impose the provision for attorney fees. However, the divorce court could also decide that, so far as temporary maintenance and permanent maintenance can be regarded as separate issues, the separation agreement shouldn't be classed as binding on the issue of attorney fees. Other results may also be possible depending on the factors involved in the case.

When a marriage comes to an end, it's an emotional and trying experience that can prompt numerous issues to arise. The decisions that are made by both courts and spouses will have a long-term impact on both or one party. What's more, since so much depends on the terms of documents like divorce decrees and separation agreements, it's crucial to speak to an attorney who's well-versed in matters of New York domestics relations.

To speak to an experienced Long island and Nassau County lawyer about your divorce concerns, legal rights, and separation agreements, please contact our principal, Mr. Darren M. Shapiro at (516)-333-6555, or get in touch to ask about your free initial consultation.