Are Appeals on Parenting Time and Child Custody Usually Successful in New York? 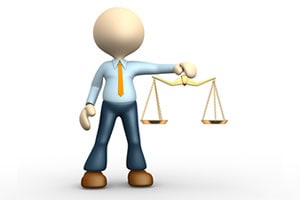 All areas of family law can be complicated. However, there are few areas that are more overwhelming emotionally than that of child custody. Whether it's custody or visitation rights that are in question, people that work with divorce mediators and divorce attorneys like Darren Shapiro will often fight tooth and nail to make sure that they get the outcome that's right for their family and children (in their opinion). Because of this, if a case doesn't go according to plan in court, in litigated cases rather than cases settled in mediation, it's common for parents to seek different results with an appeal.

In New York, either one or both parties in a child custody case can work with an attorney like Darren M. Shapiro to take the issue to court again. However, as Attorney Shapiro reminds his clients, it's often very difficult to get a different result, on appeal, to that given by the trial court. The trial courts of New York have been given the discretion to determine what is right for a child by considering their best interests. Usually, to make the right decision, the child court will consider a lot of different factors very carefully. It's rare, although possible, for an arrangement to be changed after the trial court has given its order.

The case law suggests that the trial court needs to be able to weigh on in various factors in this case, including the sincerity, character, and testimony of any parties involved. The trial court will also have access to both parties and can supplement any information learned about those parties with professionally prepared documents and reports if they're submitted as evidence. If one of the parties in a case isn't happy with the outcome, then it is the appellate court that will be asked to reconsider the matter. However, most appellate courts will be reluctant to evaluate the subjective factors addressed by the original trial court for a second time. This means that decisions made by the trial court will usually be upheld upon appeal unless the party involved can prove there was a substantial bias or lack of a sound judgement.

Whenever the court is asked to make decisions about child custody or visitation, the trial court must always put the best interests of children first. In a matter that Attorney Shapiro feels is illustrative, Jennifer D. v Jeremy E., the husband asked for full custody of the children. The trial suggested that the mother had a strong relationship with her child, and therefore should be allowed frequent visitation rights, although it was in the best interests of the child to give the father full custody. The mother argued that the decision had come from a bias, but the appeal court found that appropriate factors had been considered when making the decision.

Avoiding Interference With the Trial Court

In most cases, the appellate courts of New York will also avoid interfering with the visitation and parenting schedules provided by the trial court too. For instance, in the case of Kristen II. v Benjamin JJ, the courts established a parenting schedule and the parents made an appeal against the decision of the trial court. However, the appeals court found that the visitation schedule was in the best interests of the children, giving meaningful access to the father to interact with his children. The appellate court will generally avoid making any changes to orders laid out by the trial court unless there has been a substantial change in circumstances since the order was made.

Ultimately, with the help of an attorney like Darren Shapiro, clients can appeal decisions made by the trial court. However, it's important for these parents to be able to bring a reasonable argument to the case. All courts are required to make decisions according to the best interests of the children. For a parent to successfully appeal a decision made by the trial court, they would need to be able to prove that the decision made was made with some manner of bias, or that it shows an abuse of discretion. The parent could also attempt to verify that the decision wasn't in the child's best interests. In the case of a custody modification, it's also possible to argue a significant change in circumstances, which will be required to go forward with the case at all.

Is it Possible to Appeal a Decision?

It's certainly possible to appeal a decision made by the trial court. However, it's rare that the order will be changed in the long term. Only when the parties involved can prove that the court has abused its discretion with the previous order will it be possible to make a real difference to the outcome of the case. Typically, the appellate court won't conduct any assessment by themselves, but will instead see very little reason to disturb the decision made by the trial courts. To learn more about the nature of custody decisions in New York, browse through our website, and check out our available blog posts.

For more information on your own child custody or visitation case, reach out to attorney Darren Shapiro at your earliest convenience on (516) 333-6555.