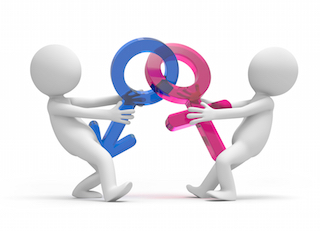 Matters of divorce are a common case Mr. Darren M. Shapiro Esq. deals with from his office in Nassau County – where the office is helping clients to understand and organize the issues of equitable distribution, maintenance, support, and other eventualities that can arise during a divorce settlement or ruling. In the state of New York, annulments are not as common as divorces - however they do still happen when the right legal grounds are available. For instance, our office can assist clients to pursue or defend against the process of annulment in situations wherein the "marriage" to be voided was never legally classed as valid to begin with or one side claims as much.

Obviously, annulments have significant differences in comparison to typical divorces. Perhaps the most significant difference, is the fact that a divorce terminates a marriage that was considered valid by the law, whereas an annulment declares that the marriage was never valid in the first place. While the differences between these circumstances are significant, it's important to keep in mind that with the help of the right attorney - such as Mr. Shapiro, it is possible for annulment cases to result in the award of parenting and visitation rights, custody agreements, and the payment of maintenance or support or not, depending on which side of the case one finds themselves. In Domestic Relations Law, formulas exist for durational maintenance and temporary maintenance that allow courts the discretion to determine whether maintenance should be awarded in any matrimonial proceeding - including an annulment. Similarly, the court has the right to give orders of child custody, child support, and make decisions regarding equitable distribution just as they would within the more common cases of divorce.

Throughout his experience as a matrimonial lawyer, Mr. Darren Shapiro has come to learn that annulments - just like divorce - can be a complicated process for everyone involved. Indeed, simply determining whether a marriage is eligible for an annulment can be a challenge, as for a marriage to be regarded as "void", it must line up with certain scenarios. For instance, if the individual performing the marriage ceremony does not have the right authority to do so, the resulting "marriage" would be void from the onset. Similarly, if the marriage took place when a spouse was still married to a living spouse, that marriage would be declared void from the beginning as well. Scenarios in which annulments can take place include: when parties were too young to give consent, when one spouse was unable to physically consummate the marriage, when the marriage was entered into under duress, when the marriage was entered into under fraudulent pretences, when one spouse is considered mentally retarded, or suffers from a mental illness that is unable to be cured within at least five years.

As with a more typical divorce, when a marriage is officially annulled, both spouses will lose any of the rights that they enjoyed as a legally married person. At the same time, both parties will also be free to marry another person following their annulment without having to engage in divorce procedures. As in New York divorces, Mr. Shapiro reminds his clients that any final judgment given as part of an annulment should underline the determination of each of the rights that either party involved has access too, regarding equitable distribution of marital property, and separate property. Similarly to in divorce cases, either party will no longer be legally entitled to share the estate of their previous partner in the case that the individual was to die.

The domestic relations law as followed by New York Courts offers the court the power to award temporary, or lasting maintenance to parties involved within any matrimonial proceeding - whether that is divorce, or annulment. Importantly, the same law also provides the court with the right to award payments of temporary or on-going child support to parties during the process of a matrimonial proceeding. In other words, although individuals may be undergoing an annulment, rather than a divorce - they may still have the access to financial support and maintenance that they could otherwise achieve during a divorce procedure.

One thing that Mr. Shapiro has found when dealing with partners considering opting for an annulment over a divorce procedure in the past, is that many have an opinion about the way finances should be awarded. Indeed, in most circumstances, people believe that financial awards should be given to the party in the case that could be considered as the "victim" or the other person's actions. For instance, the person who made it so that an annulment had to be sought in the first place shouldn't financially benefit during a court procedure. Unfortunately, although this concept may seem correct on a moral level, it is within the discretion of the court- under the correct situations - to determine where and how support or maintenance should be awarded. In the case of child support and maintenance, under the new law of maintenance, any deviations from the guideline amounts should only take place within very particular circumstances.

Importantly, it will be within the discretion of the court to decide whether or not there should be an alteration from the equitable distribution approach to dividing marital assets equally. Circumstances that allow for deviations from the norms and common guidelines of this distribution have been the topic of various other entries within Mr. Darren Shapiro's own blog collection, and he encourages clients to visit these pages for further information about their situation.

To discuss your personal circumstances, or pursue an issue regarding annulment with Mr. Darren Shapiro, please contact us at your earliest convenience. You can get in contact either via email or phone call, and set up your free half an hour consultation, wherein you can visit our welcoming conference room and discuss the details of your case. Let us know what we can do for you, it would be our pleasure to speak with you.