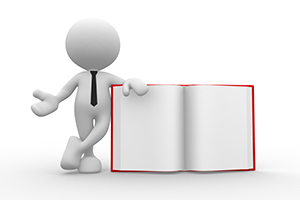 Around 90% of the people in the Western world will have been married at least once by the time the turn fifty - per demographic statistics at the time this blog was written. In other words, we're a culture of people who consider marriage to be a pretty standard part of life. In fact, many of us find that our dreams of a happy life include growing up, getting married, settling down in a home and even having children. For the luckier percentage of people that get married, be they from Amityville, Suffolk County Long Island or elsewhere, the relationship can lead to a lifetime of happiness. However, it's worth noting that though most of us get married, a significant portion of that number end up getting divorced - with many American marriages ending in divorce. That isn't to say that all marriages are doomed - of course, but it does indicate that you might need to be prepared if you start to see signs that your relationships are going south. After all, although family law professionals across Long Island and New York frequently deal with several different matters - from child custody, to adoption, orders of protection and child support – a common issue is always be divorce.

Preparing yourself for the heartache of divorce may mean thinking about what kind of process may be best for your needs - such as collaborative law or mediation, settlement negotiation or litigation. On the other hand, you may find that you need to look into the local professionals that are on hand to offer legal guidance in your area. After all, only an experienced family lawyer, who has dealt with similar matters in your local courts, will have the in-depth knowledge that is required to guide you through the various complications of the divorce procedure - regardless of the specific nuances of your case. For residents of Amityville, in Suffolk County, that lawyer may be Mr. Darren M. Shapiro who resides in Suffolk County and has an office in Jericho, Nassau County Long Island.

Mr. Darren M. Shapiro, Esq. is conveniently located near the courts of Nassau and Suffolk County in New York - making him an ideal choice for some who live in Amityville. Since his admittance to the New York State Bar in 1999, Mr. Shapiro has spent over fifteen years cultivating his experience in many aspects of law and has focused on family law across Long Island and New York since he opened his own office in 2005. Not only has he got the education required to help you better grasp the details of your specific divorce, and what routes you can take to pursue your best interests. Mr. Shapiro's long-lasting experience with the local regulations of the Suffolk and Nassau County courts ensure that he is prepared to give you all the details you need when your case leads to litigation. From divorce issues, to child custody agreements and litigation, a family lawyer like Mr. Shapiro can give you the navigation you need to make the most of your legal experience.

Divorce is a common family law matter to be addressed in the United States. Amityville is a village in New York, located within the town of Babylon in Suffolk County. Originally known as Huntington West Neck South, local lore is torn over why the name was changed in 1846. Some say that the name was changed when a new post-office was being established, and a meeting led to chaos, where one participant said "This meeting needs some Amity!". Other residents believe that the village was named after a boat, the Amity.

Though the numbers and percentages can change somewhat from one location in New York, Nassau County, to another, the underlying fact to remember is that marriages can fall apart for a variety of reasons - wherever you live. In some cases, those marriages can be repaired, and in others, the only thing left to do is pursue your best interests in a divorce case. Divorce doesn't have to be the "fault" of a specific party, and this is generally addressed by New York's no fault divorce system. Either way, the rich culture of the area, and its various benefits as a village have drawn numerous people into Amityville over time, leading to a population of around 9,523 according to Wikipedia. Though a large percentage of that population are happily married - 49.2% according to information from city-data.com, a further 9.7% are currently divorced, while 2.0% are separated.

Though it would be unfair to suggest that residents of Amityville are any more, or less likely to end up getting a divorce than people from other areas across Suffolk County, or Nassau County for that matter, it is worth noting that you can encounter the need for a family lawyer wherever you live. Whether you're searching for help with the divorce itself, or the issues that can follow after, such as child custody and visitation, Mr. Shapiro can help from his convenient office. A safe and secure legal space where people can discuss their needs and come together for free initial mediation sessions, Mr. Shapiro's office has been a place of respite for many couples in Amityville, and across Suffolk County.

Whether you find yourself hoping to try a more negotiation-friendly option for divorce to standard litigation, like collaborative law, or you'd prefer to discuss the matters through mediation - Mr. Shapiro can help. Residents of Amityville can find his office either by taking exit 40 on the Long Island Expressway, or exit 34 on Northern State Parkway. Whenever you arrive, for your scheduled appointment, you can rest assured that Mr. Shapiro will welcome you into his office and help you to figure out your next step in your particular family law matter. This could mean discussing all of the legal options available to you during your individual free initial half hour consultation, or arranging your initial half-hour appointment with your ex-spouse for mediation.

To learn more about why Mr. Shapiro's compassionate, professional nature makes him a good option for family law cases in Amityville, and Suffolk County, contact us at your earliest convenience, using our online form, or by calling us at (516) 333-6555.