Abuse and Neglect in Custody Cases 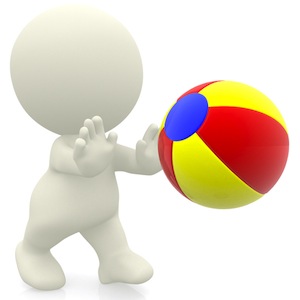 The Law and Mediation Office of Darren M. Shapiro, P.C. has seen a lot of abuse and neglect allegations in the context of child custody and parenting time or visitation cases. We provide effective guidance and representation to help you resolve your child custody and parenting time issues that involve allegations of abuse and/or neglect. Abuse and neglect allegations are more common in litigated cases than mediated or collaborative matters, but Mr. Shapiro's experience in dealing with the issues through his years of practice is useful if and when the topic arises in a mediated or collaborative matter. When working for a client as a lawyer in a negotiation, litigation, or collaborative case, Darren M. Shapiro, Esq. empowers his clients with the knowledge about how abuse and neglect allegations might affect the custody and parenting time issues. He aggressively pursues his client’s interests in cases all around the New York City area and Long Island whether dealing with a custody case in Family Court or in the Supreme Court during or after a divorce.

Unfortunately, neglect or abuse concerns arise often when dealing with child custody cases. Differences arise on how a custody case proceeds or should be handled when there are neglect and/or abuse accusations. Through years of experience with child custody cases, this office has acquired knowledge concerrning the intricacies of custody and visitation matters that are entwined with abuse and neglect issues. For example, a noteworthy matter of procedure in the New York Family Courts concerns when a custody case and a neglect or abuse case for the same family are ongoing at the same time. The two cases will usually be assigned to the same Judge and scheduled at the same times. The court, in most instances, will not allow the custody case to complete until after there is a resolution on the neglect and abuse case. Since neglect and abuse cases have docket numbers that begin with "N" they are frequently called "N" docket cases. Likewise, since custody and visitation cases start with a "V" they are referred to as "V" dockets.

Even when working in his role as a mediator, Darren's experience with these issues can help a couple structure a settlement that makes sense for them. He makes sure that the concerns that normally would be addressed in a litigated matter are discussed. The abuse and neglect concerns can be a guide or a tool about when to seek settlement and when to fight. Darren M. Shapiro, Esq.'s goal is to bring closure to his clients as soon as practicable, but he does not shy away from a battle when it is required. This office is capable of handling your case from inception to trial whether it is an amicable settlement or a battle through to the end. Mr. Shapiro is an experienced appellate attorney in matters of family law, custody, abuse, neglect and termination of parental rights therefore he can pursue his client’s rights on appeal if required.

This office has worked with many clients that have custody and abuse issues. Darren makes it a point to be accessible to ensure that his client’s questions and thoughts are heard and addressed. Mr. Shapiro has the training and experience to empower his clients to make informed decisions at every step of the process. Sometimes, records or testimony from the caseworkers that investigate abuse or neglect allegations might be helpful to our client’s position. It might be helpful to stress or minimize one of the findings. He will endeavor to make the best arguments as your lawyer.

At times, an N-docket matter will be satisfied by an agreement for V-Docket custody to be given to another parent or another caretaker. This usually has the effect of eliminating the N-Docket case by a withdrawal by the County, CPS, or ACS.If a hearing needs to occur, the Judge assigned to both cases may consider the evidence he or she hears on the N-Docket case to base the decision on the V-Docket case. Judges often ask for a court ordered investigtation to be done by Child Protective Services, on Long Island cases, or in the City the Administration for Children’s Services, to see if there are well-being concerns (abuse or neglect) for the subject children of the custody case. The Judge and the lawyers see this report. Usually the court will not allow the report to be given to any of the parties to the case. If a concern is revealed by the report, a neglect case (N-Docket) might be started. The investigator can be subpoenaed if any abuse or neglect is indicated in the report.

The information revealed still might be useful to the lawyers on the case to present their arguments on behalf of their clients, even if there is no indication of neglect or abuse. If there are indicated cases that Child Protective Services investigated outside of the court case, these records and the workers can be subpoenaed for the custody case as well. There is a hearsay exception, under the rules of evidence, for statements by children concerning abuse or neglect. These rules and techinques can be applied to custody cases in both the Supreme and Family Courts. This office handles matters in both the Supreme and Family Court so we can discuss if these tools are applicable to your case.

Please click around this website and our blog for more information about family law matters. Feel free to call about your free initial consultation. It would be our pleasure to speak with you about it.